“Hokey Pokey” by Danny Lee. Bird Portrait winner.
Bird: Shy Albatross
“Shy Albatross are regular visitors to boats in Tasmania. They are often intrigued when I slip into the water with them, and they can get quite confident in approaching to see if my camera gear is edible or not. The conditions were perfect this day, and usually just having an Albatross so close is usually enough, but the ominous sky certainly added more drama to the shot.”

Bird lovers, rejoice. From over 5,600 photos, the winners of the BirdLife Australia Photography Awards have been announced. While the participating photographers can hail from any country, each image in the contest must be taken on Australian territory and feature an Australian bird species. This makes the contest a fascinating way to learn more about the striking avian life that lives in Australia.

Winners include a serious-looking Shy Albatross paddling in the waters around Tasmania and an artistic portfolio that celebrates the behavior of the Superb Lyrebird, a songbird known for its unusual tail. Categories like Bird Portrait, Birds in Flight, Human Impact, and Bird Behavior gave these bird photographers the creative space to show all aspects of their favorite birds.

Each year, the awards have one category that focuses on a specific bird species native to Australia. This year’s special category was a spotlight on Australasian Robins. There are 51 species of these birds that are endemic to Australasia. The winning and finalist images in this category display the wide-ranging colors of these small birds that thrive in a wide variety of habitats.

Check out all of the winning images, as well as our favorite finalists, and take a tour of the incredible birds that call Australia home. 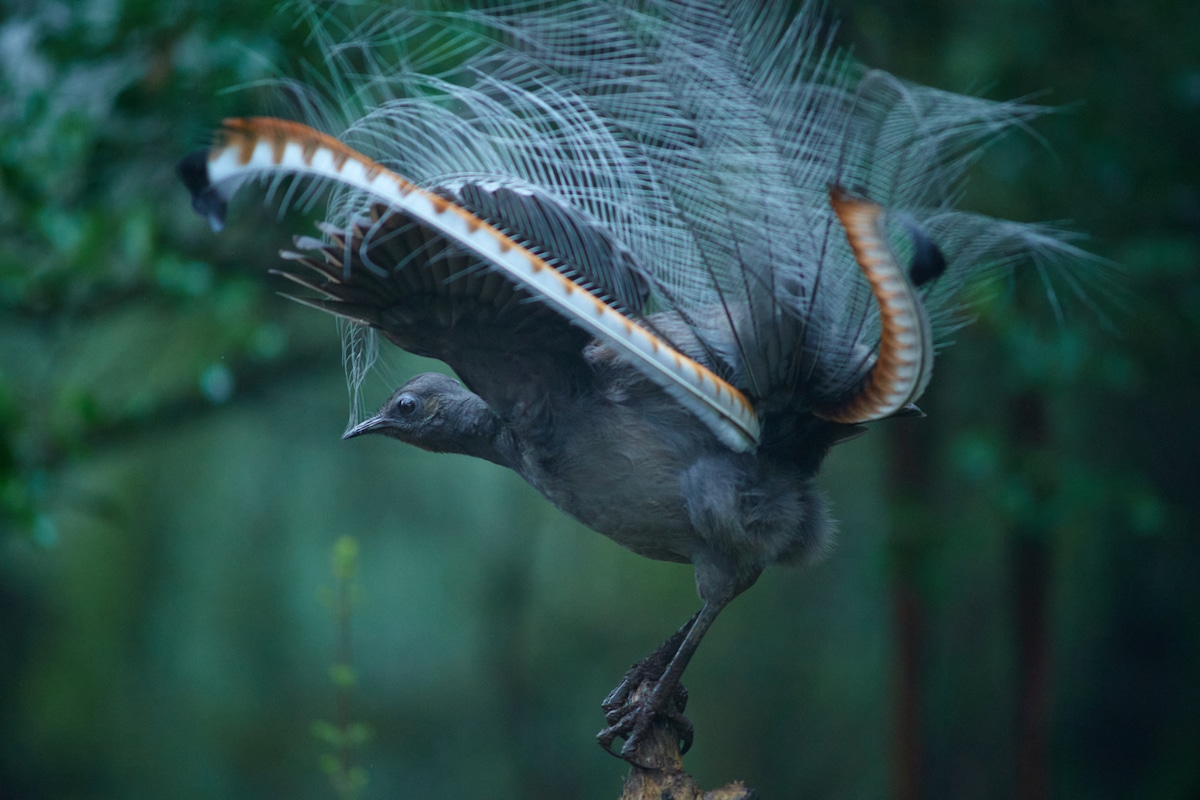 “In the footsteps of Pretender” by Elmar Akhmetov. Portfolio Winner.
Bird: Superb Lyrebird
“This portfolio comprises photos of a single lyrebird who I closely followed over the course of 3 months while working on a short film on lyrebirds. I have spent over a hundred hours in the bush and witnessed the most interesting scenes of his behavior in a variety of weather conditions. My idea for selection of photos for the portfolio was not to represent the bird in all the beautiful display poses, but to try and condense my experience of observation into a short form to give the viewers an idea of the behavior of the bird outside of endless hours of feeding. This is my ode to this wonderful bird known to many locals as Pretender.” 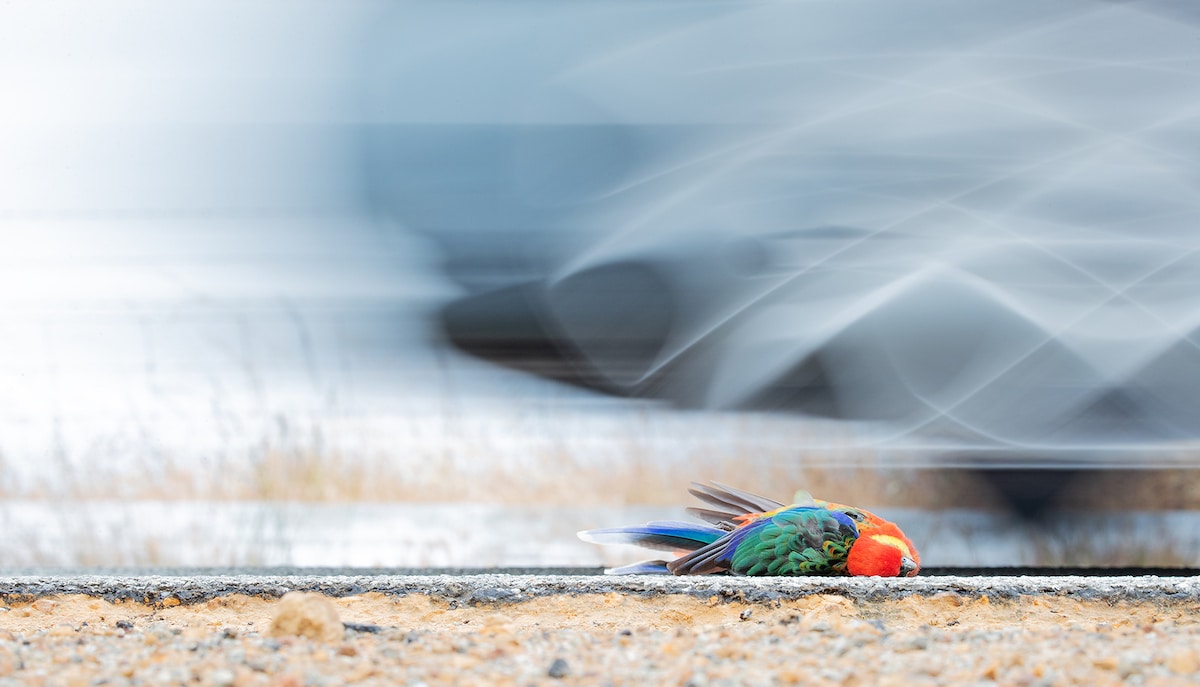 “Over the Rainbow” by Nathan Watson. Human Impact winner.
Bird: Western Rosella
“The wheels of a car speed past the lifeless body of a beautiful Western Rosella, victim of a car strike. For all the impact us humans have on birds, road mortality is perhaps the most overlooked. In Australia it is estimated around 10 million animals are killed on our roads every year and it is threatening whole species. A large number of those deaths are birds like parrots, which are often lured into danger by spilled grain along the roadsides.” 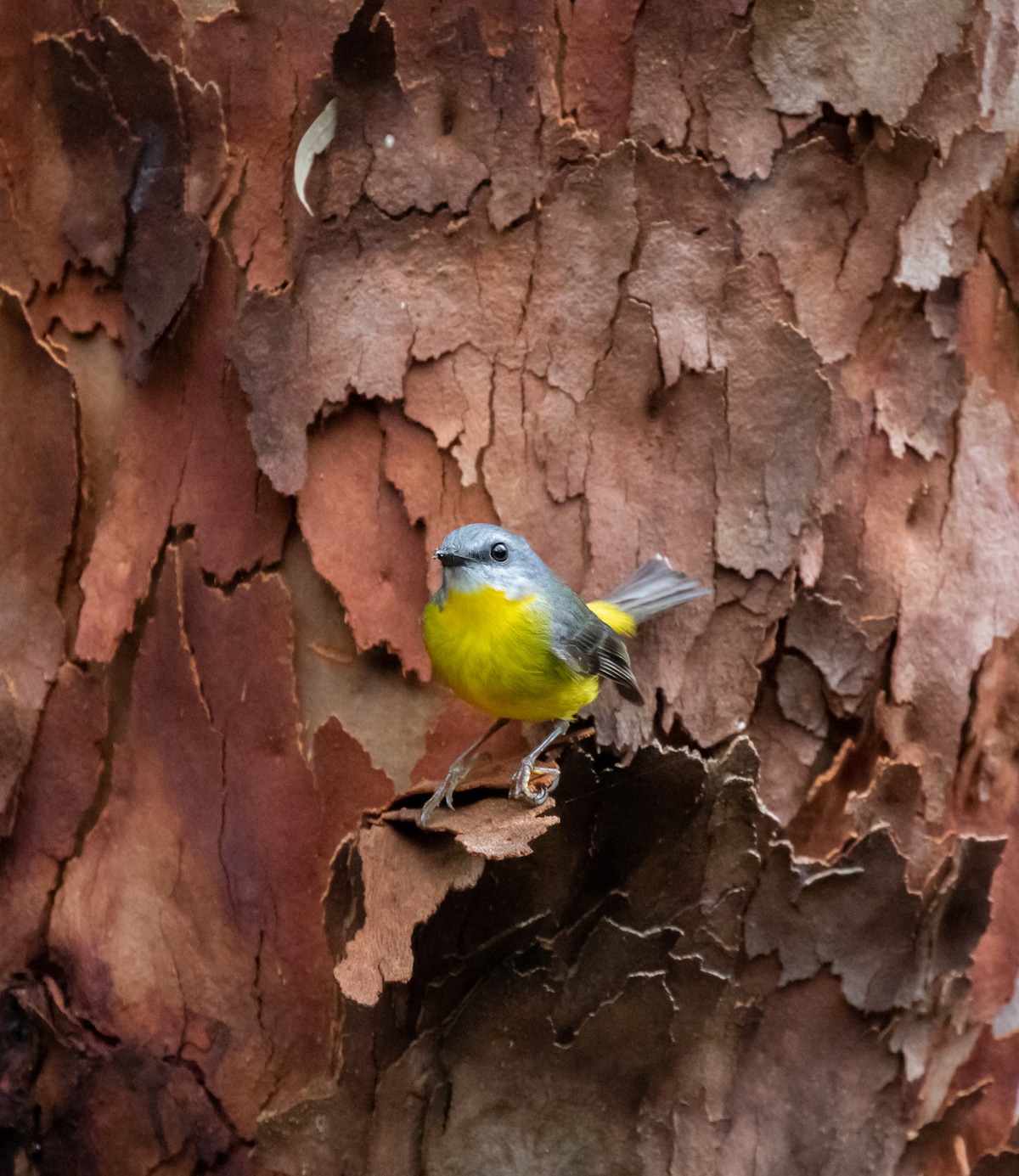 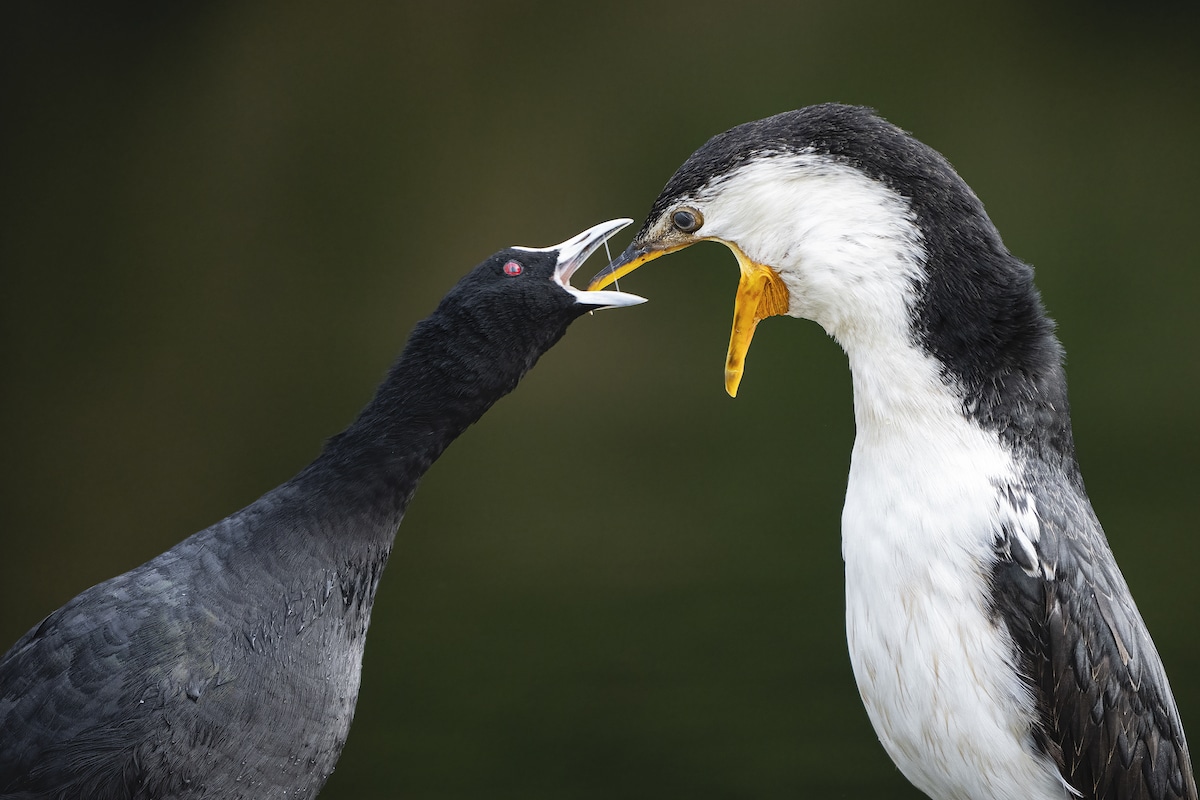 “Feed Me Please” by Cheng Kang. Bird Behaviour Winner.
Bird: Eurasian Coot and Little Pied Cormorant
“I was so surprised to see an eurasian coot asking for food from a little pied cormorant. When I first saw them getting closer with mouths gaping, I couldn’t help but think – are they going to fight? In fact, the little pied cormorant ended up spitting out some food for its counterpart. I was so amazed and touched to see this act of charity among birds of different species and made me think about my expectations of how nature interacts. It turns out birds not of a feather also flock together!” 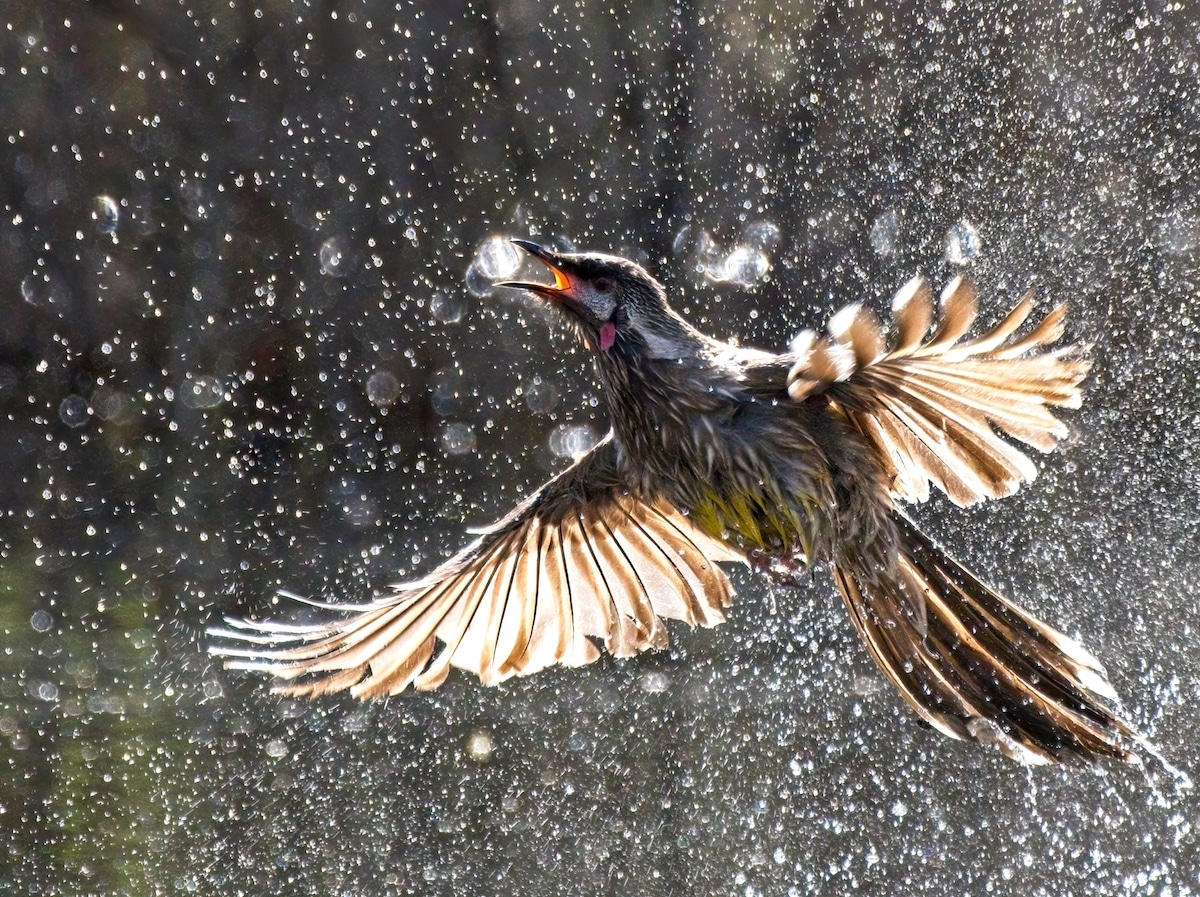 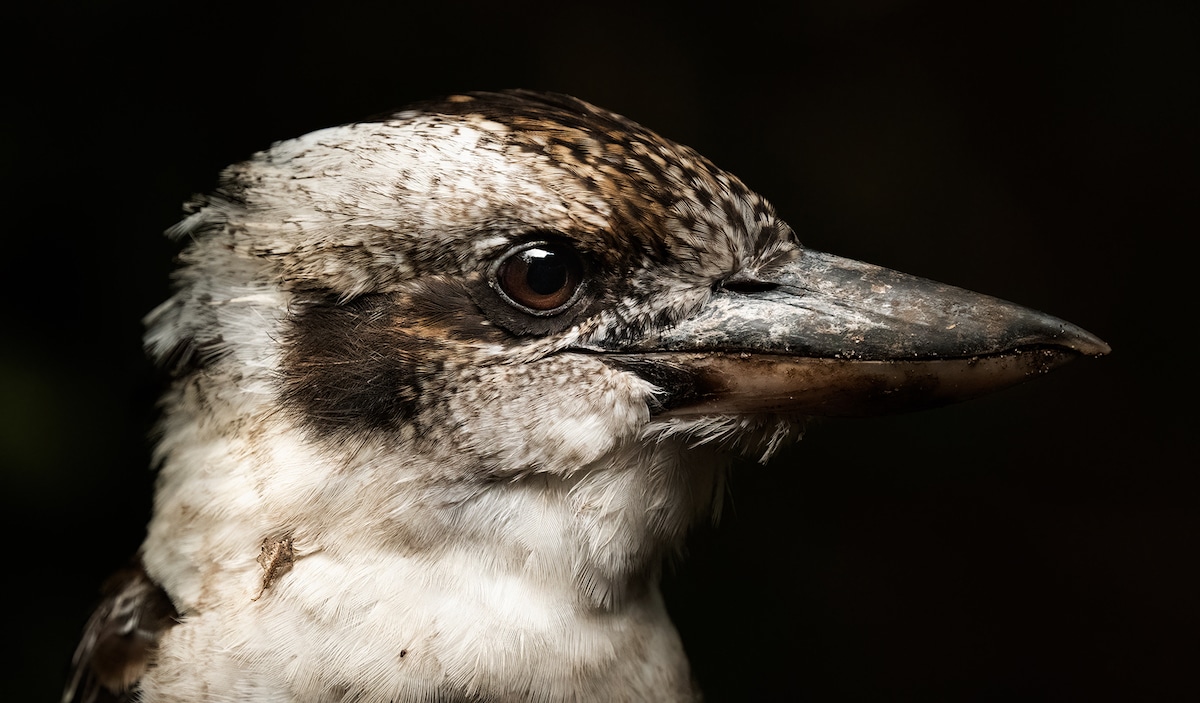 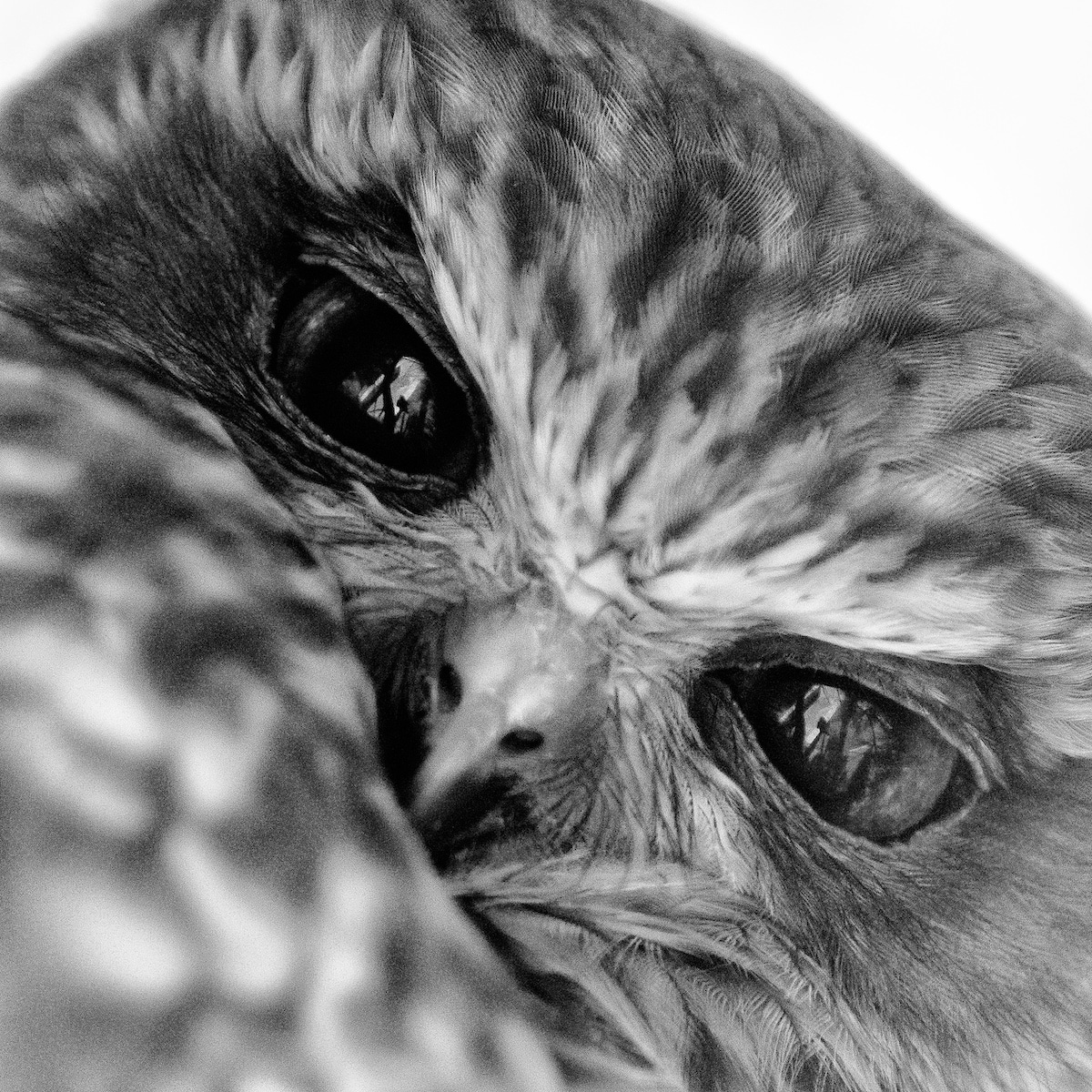 “NipNip” by Austin Ridley-Jarvis. Peter Slater Memorial Prize, Youth Entrant.
Bird: Australian Boobook Owl
“A close up portrait of a wild Australian Boobook Owl that has taken up residence in a park opposite my home in Quinns Rock, WA. We have named her NipNip. I am able to get incredibly close to NipNip as she peers down from her favorite tree. My reflection is visible in her eyes.” 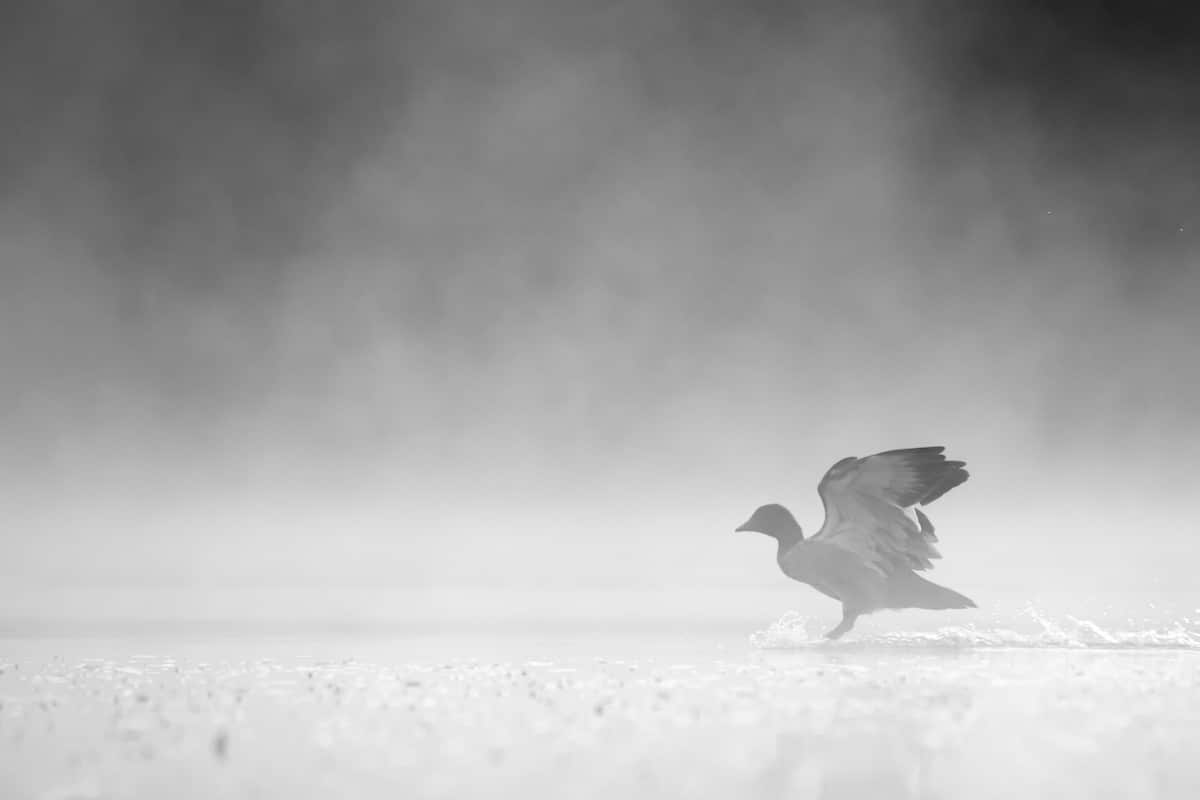 “Morning Serenity” by Desmond Wang. Youth Photography Winner.
Bird: Australasian Wood Duck
“In an early autumn morning, just before sunrise, I laid down on mud at a local park, trying to photograph coots and grebes that were feeding. After a while, a group of Australian Wood Ducks decided to join them. The fog caused the camera to miss focus a couple of times, and after many attempts, I finally captured this duck landing.”

Over 5,600 photographs were submitted to this year’s competition. 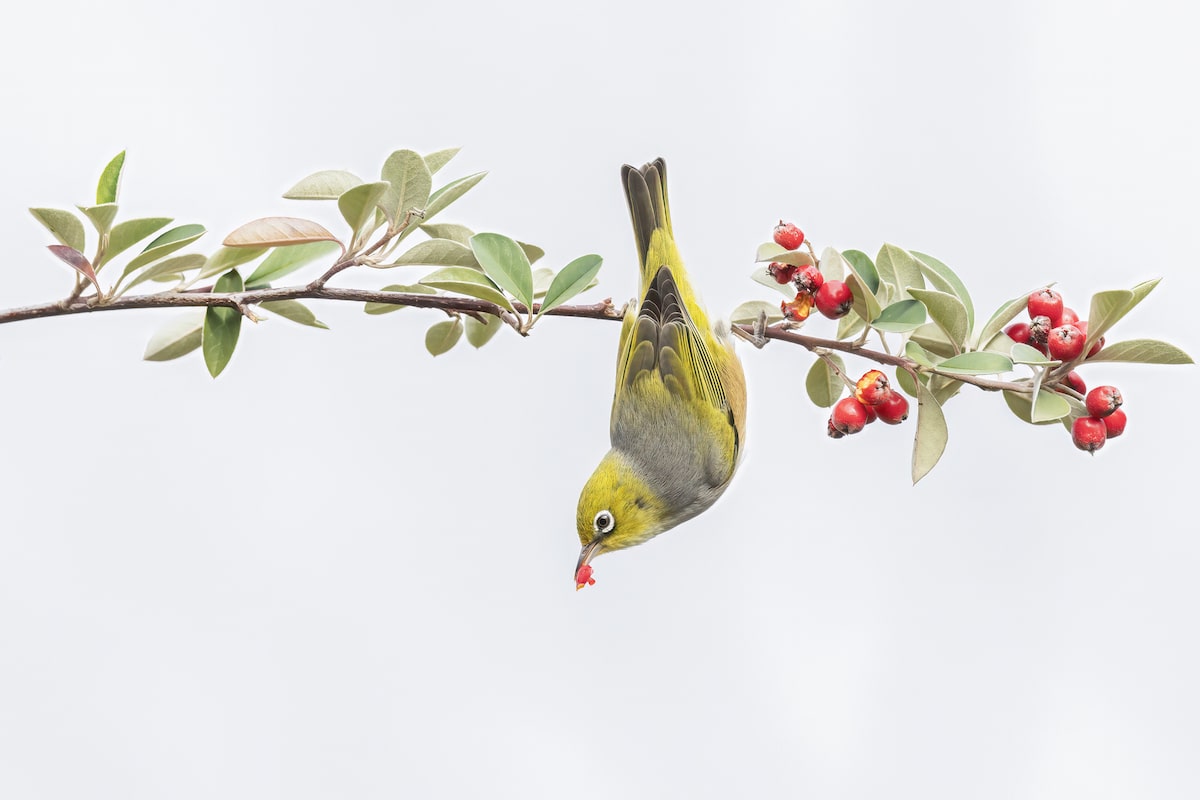 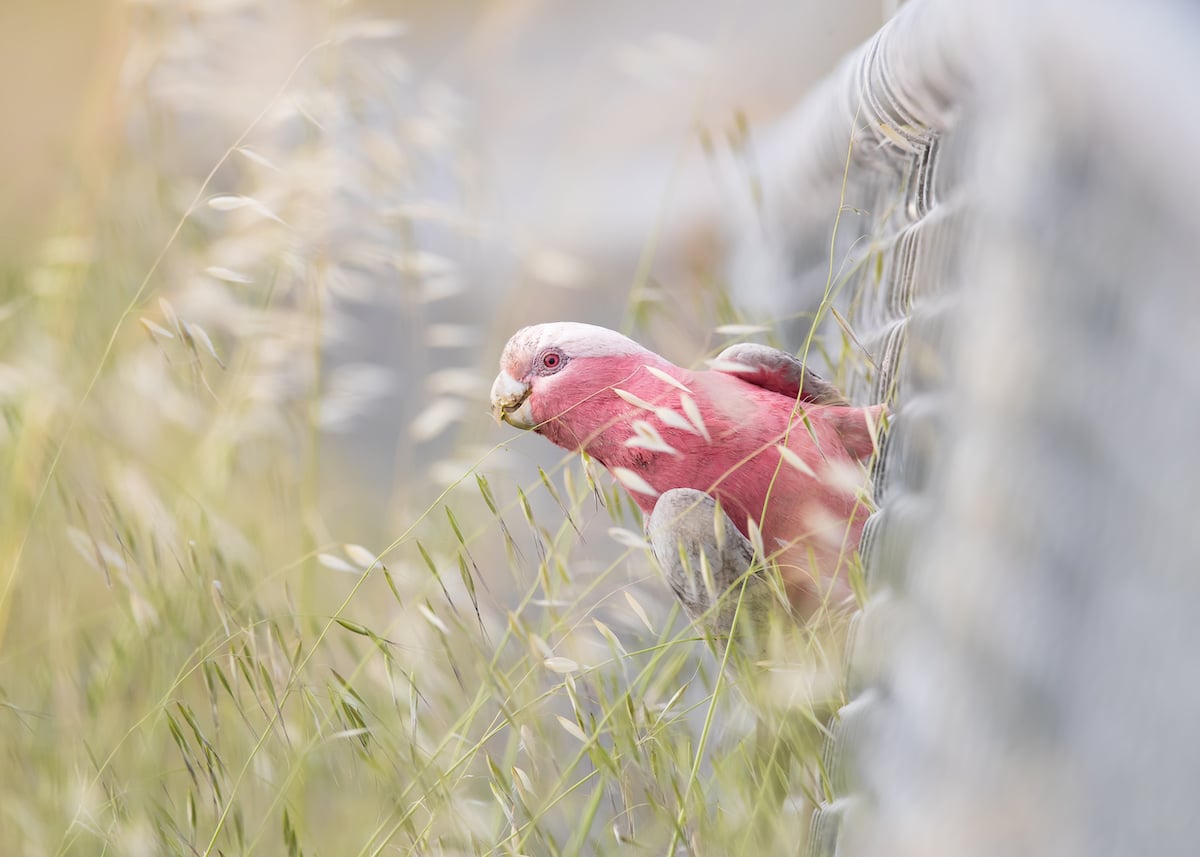 “Leaning In” by Rebecca Harrison. Backyard Birds Winner.
Bird: Galah
“This clever female Galah had worked out how to get to the tasty grass seeds by climbing up the side fence and leaning out as far as she could to grab them swaying in the breeze.” 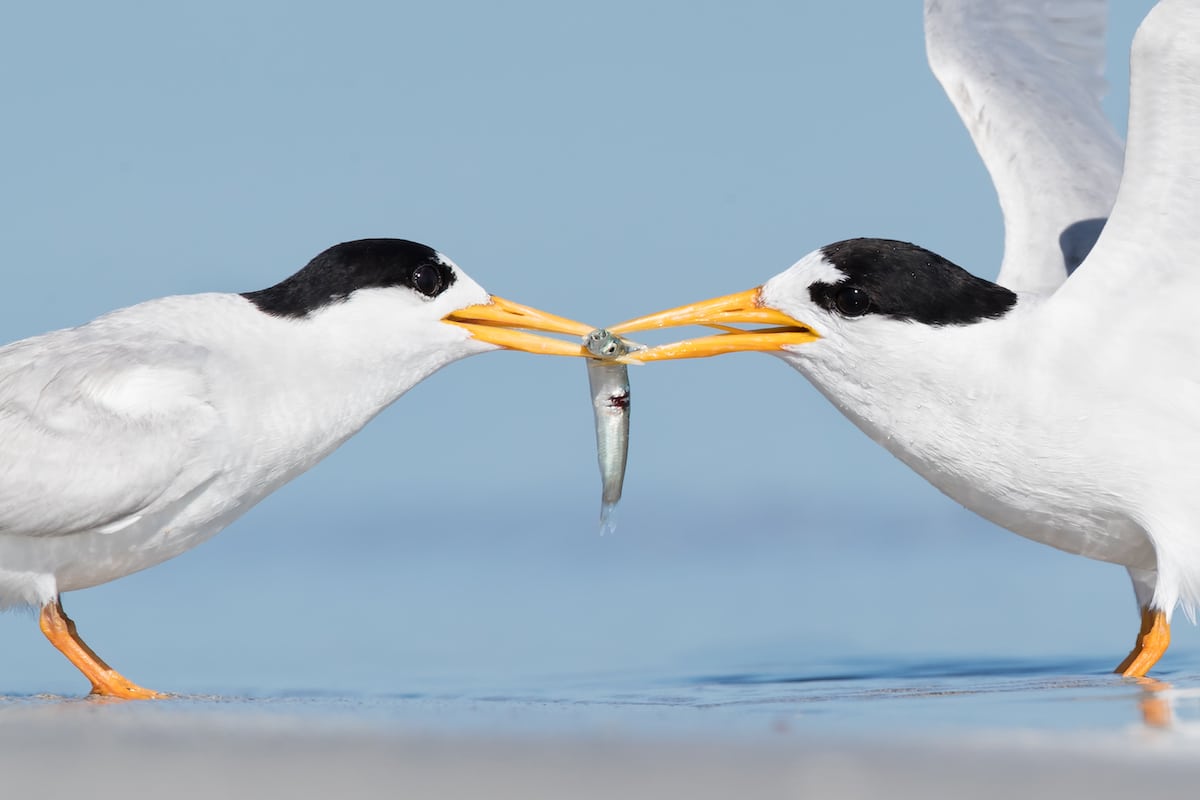 “What’s Mine is Yours” by Rebecca Harrison. Shortlist, Bird Behavior.
Bird: Fairy Tern 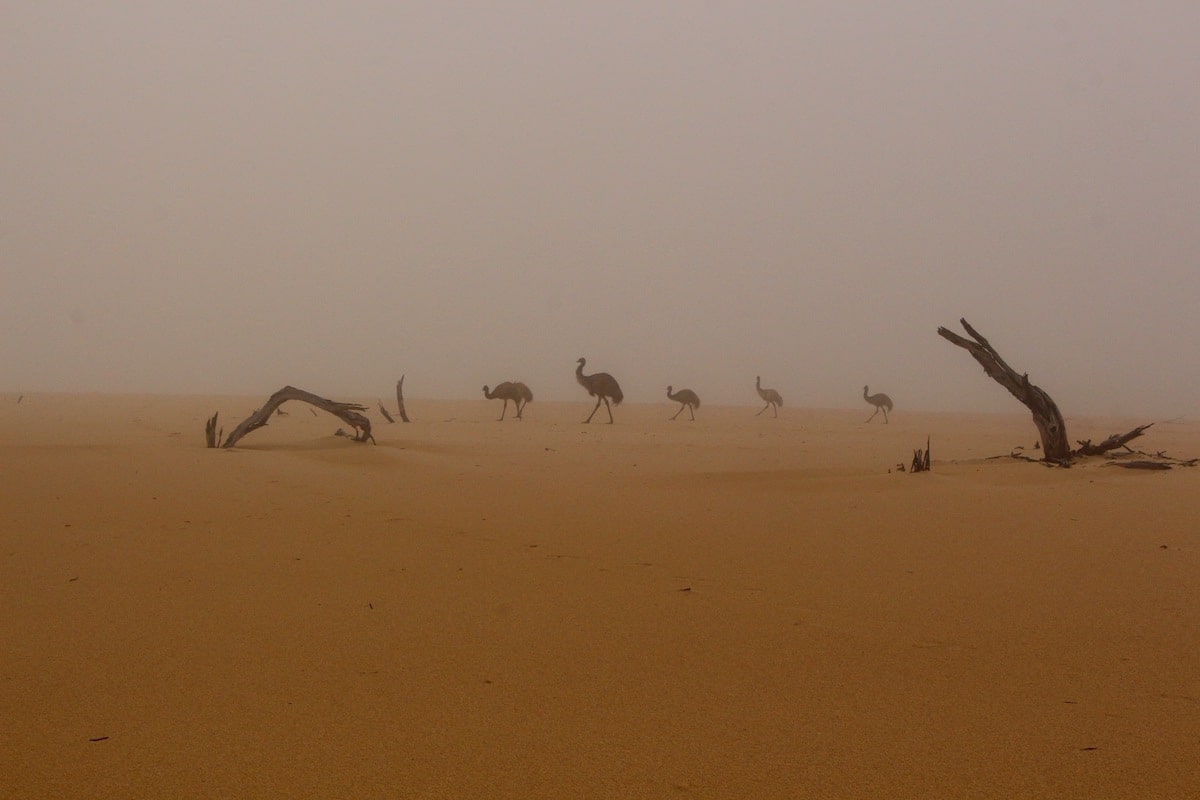 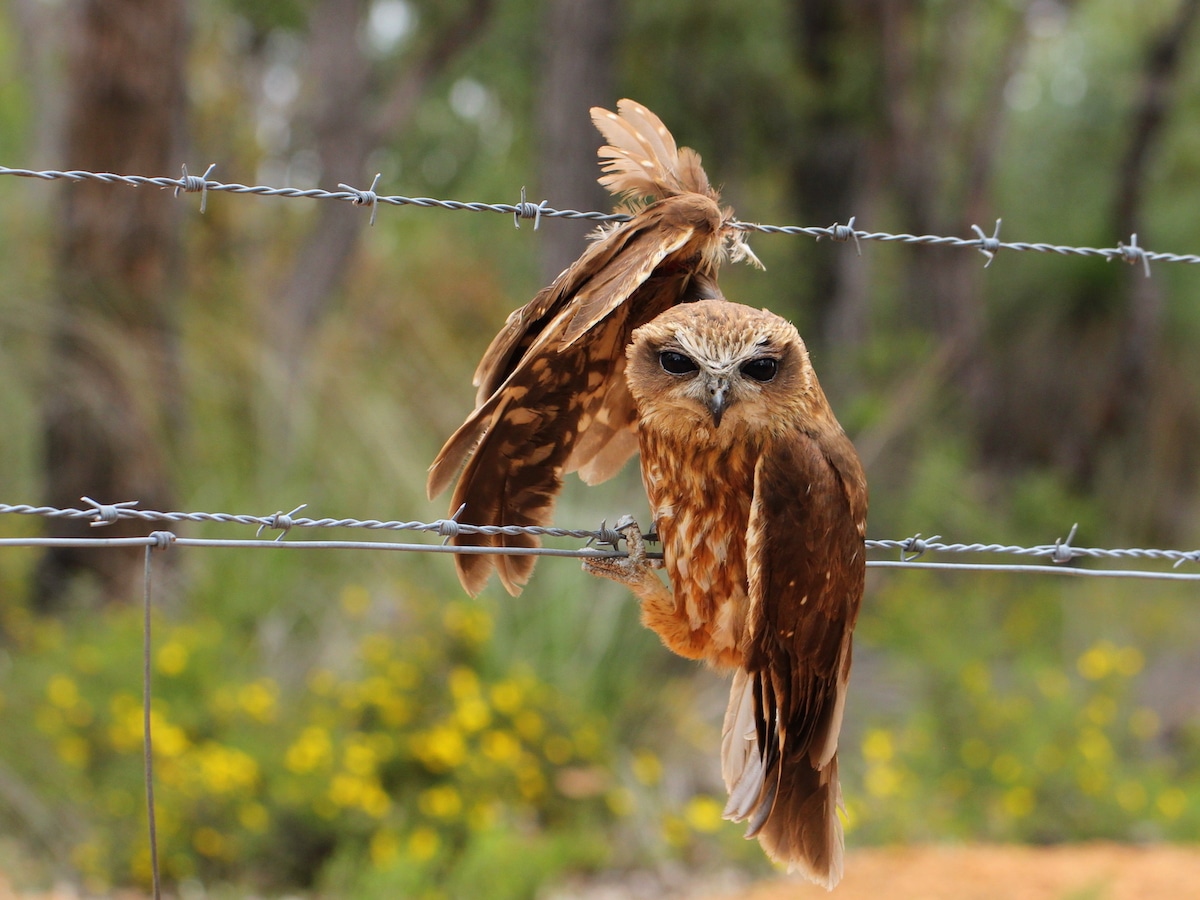 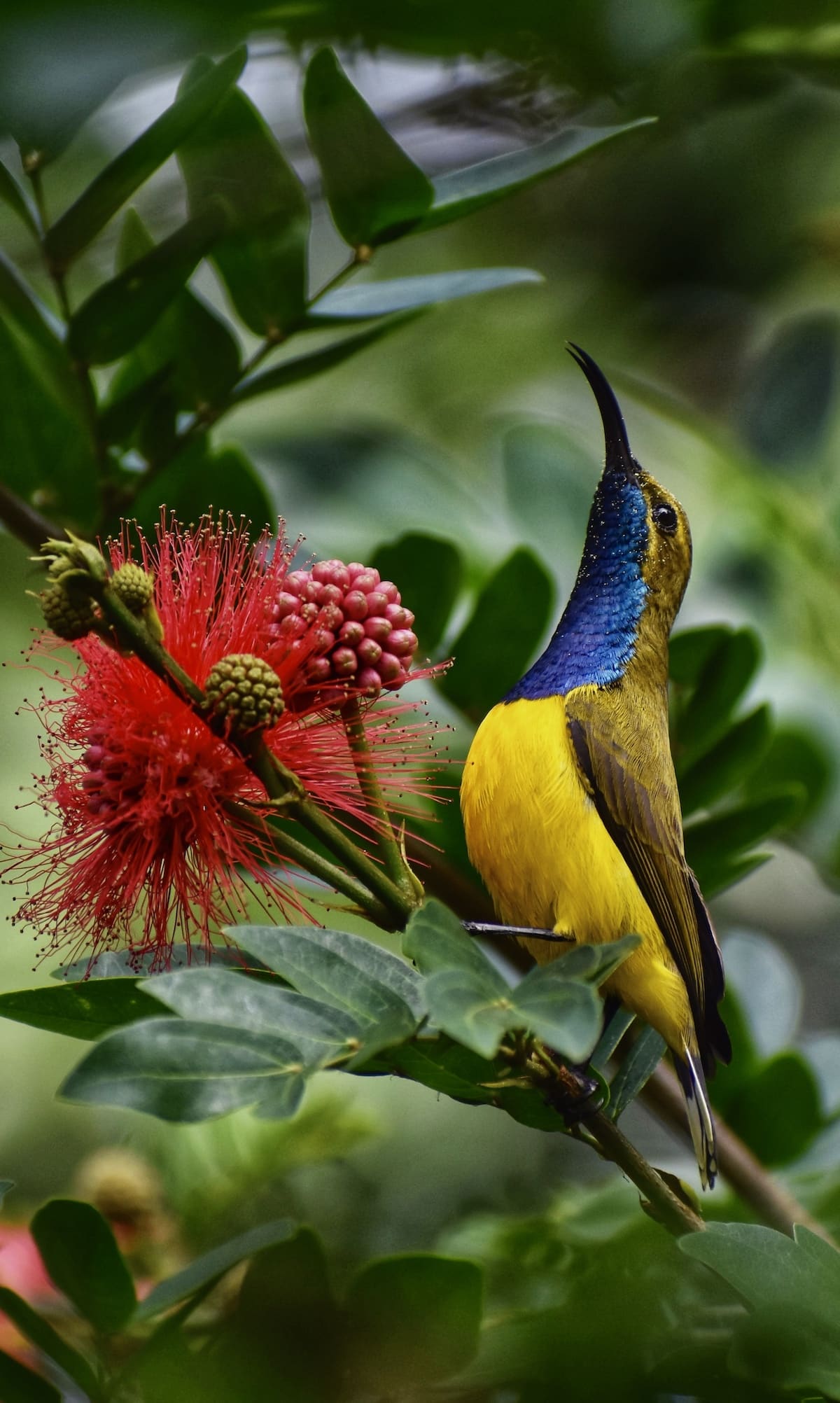 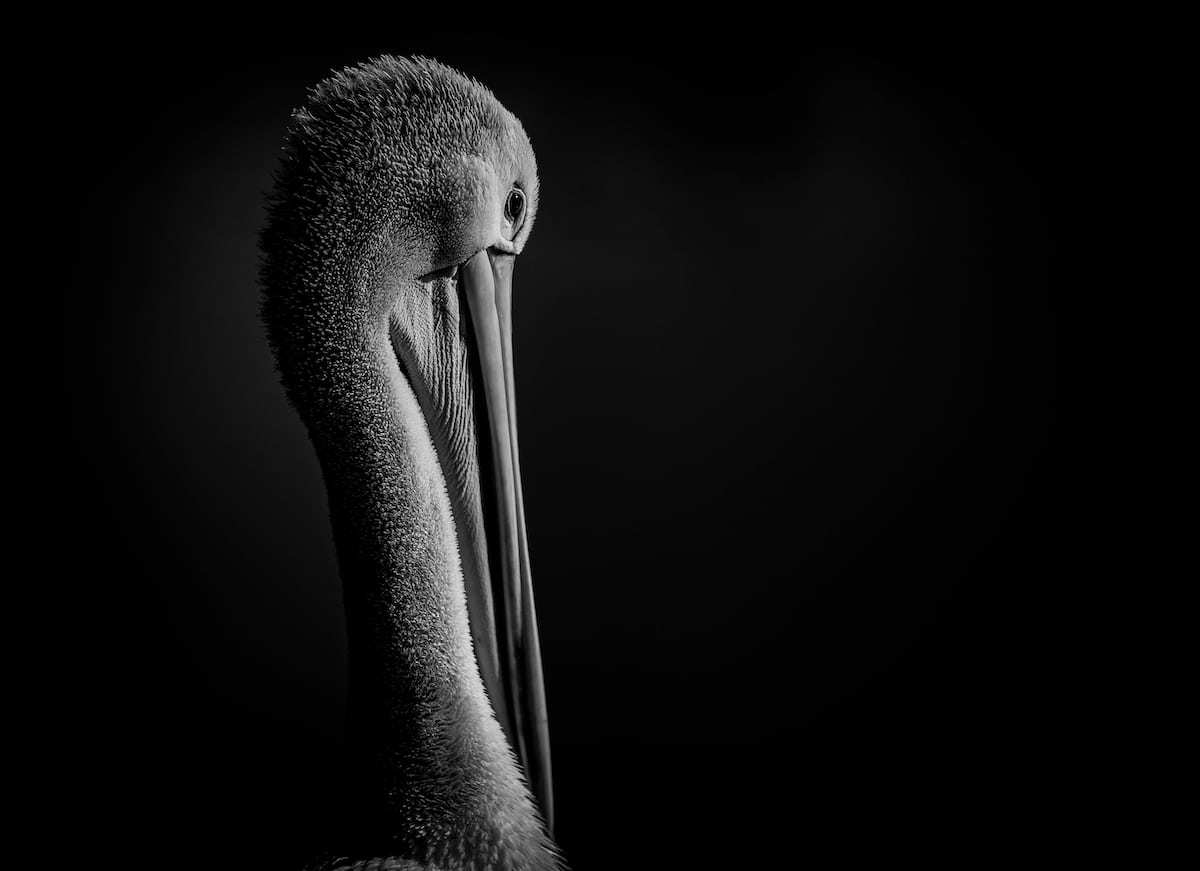 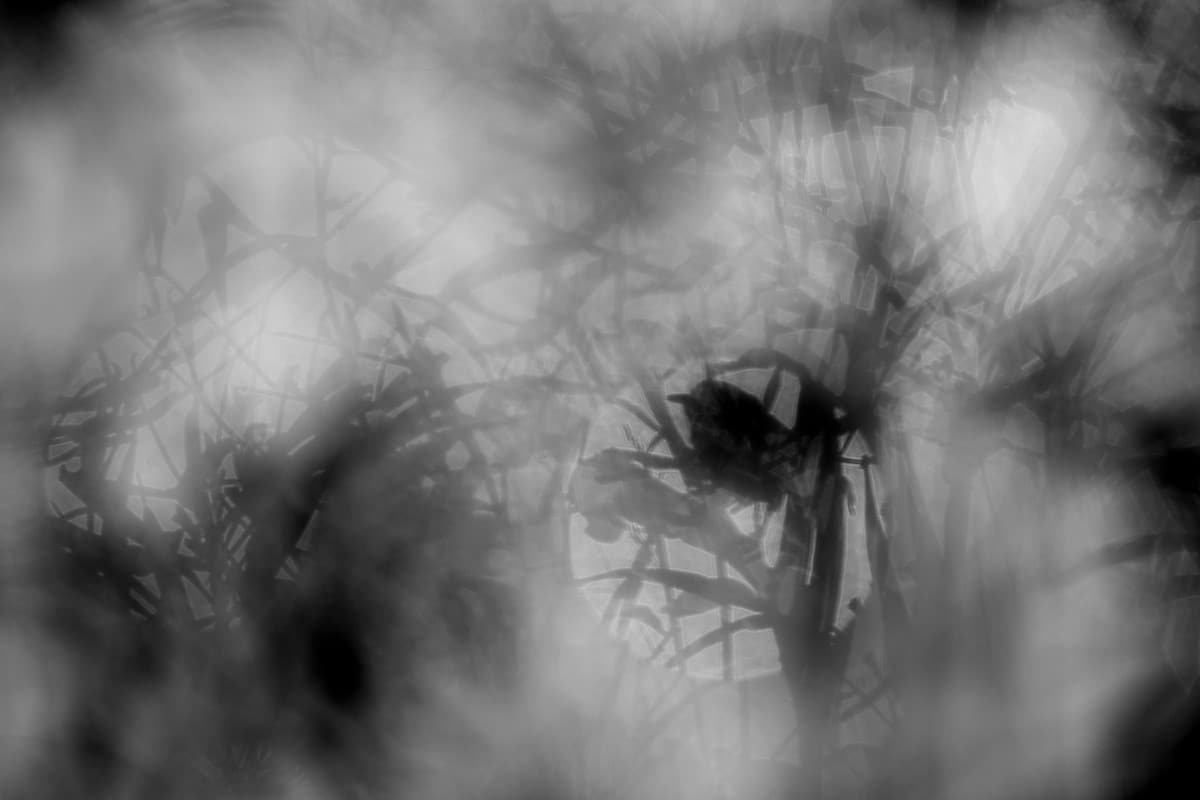 “Hiding Wren” by Mitchell Roberts. Peter Slater Memorial Prize.
Bird: Superb Fairy-wren
“Most days I’m done taking photos 2 hours after sunrise but this day I went with a mate and we kept on shooting which made me change gear of taking the photos I always aim for and seeing what I can create. Knowing that light coming from singular sources create bokeh spheres, so I focused on the water which now was reflecting very strong light, I could see it dancing back and forth. Now I just needed a subject. The benefit of returning to the same locations time and time again I knew that it wouldn’t take long before I would see some wrens jumping through the trees and shrubs that lined the banks.” 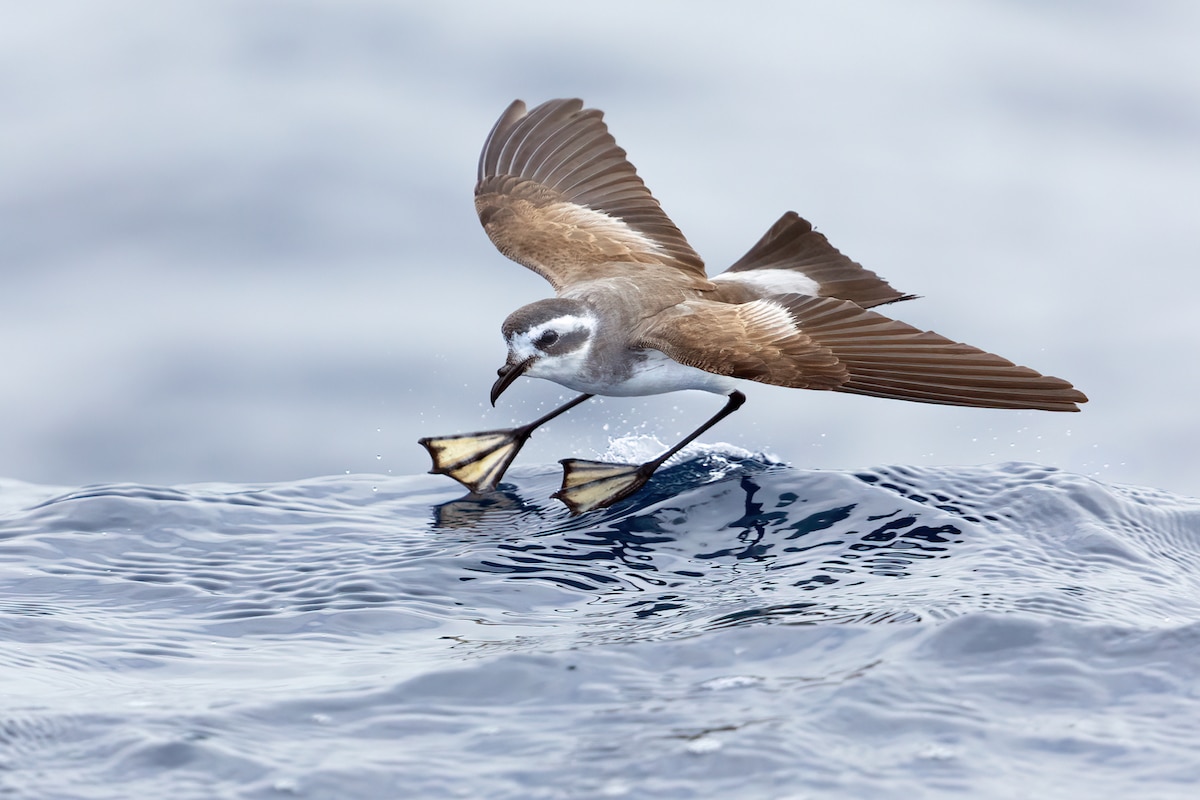 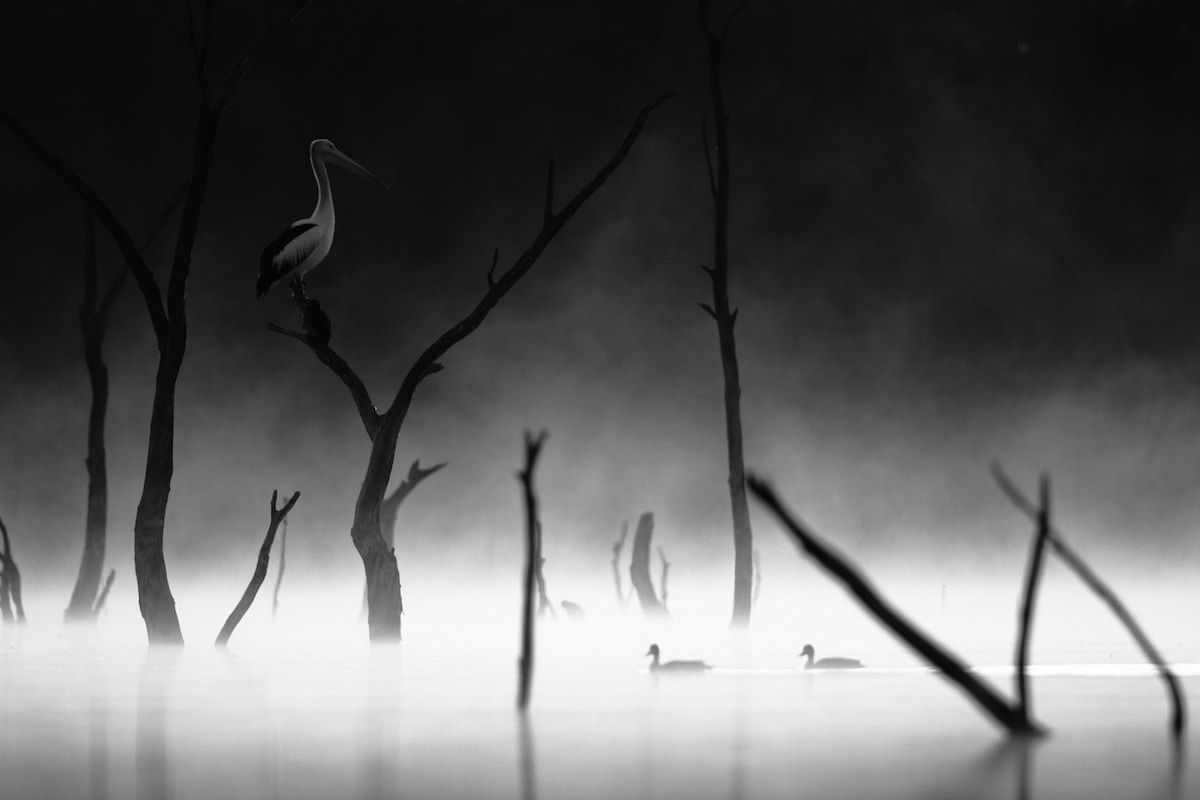 “The sentinel” by Maria Coleman. Birds in the Landscape Winner.
Bird: Australian Pelican
“The birds were hunting in the water and moving through the fog and dead trees. It was a very cool and foggy area but the birds could see what they were doing. Up above perched in the dead trees was one lonely Pelican which seemed to be on patrol of the wetland.” 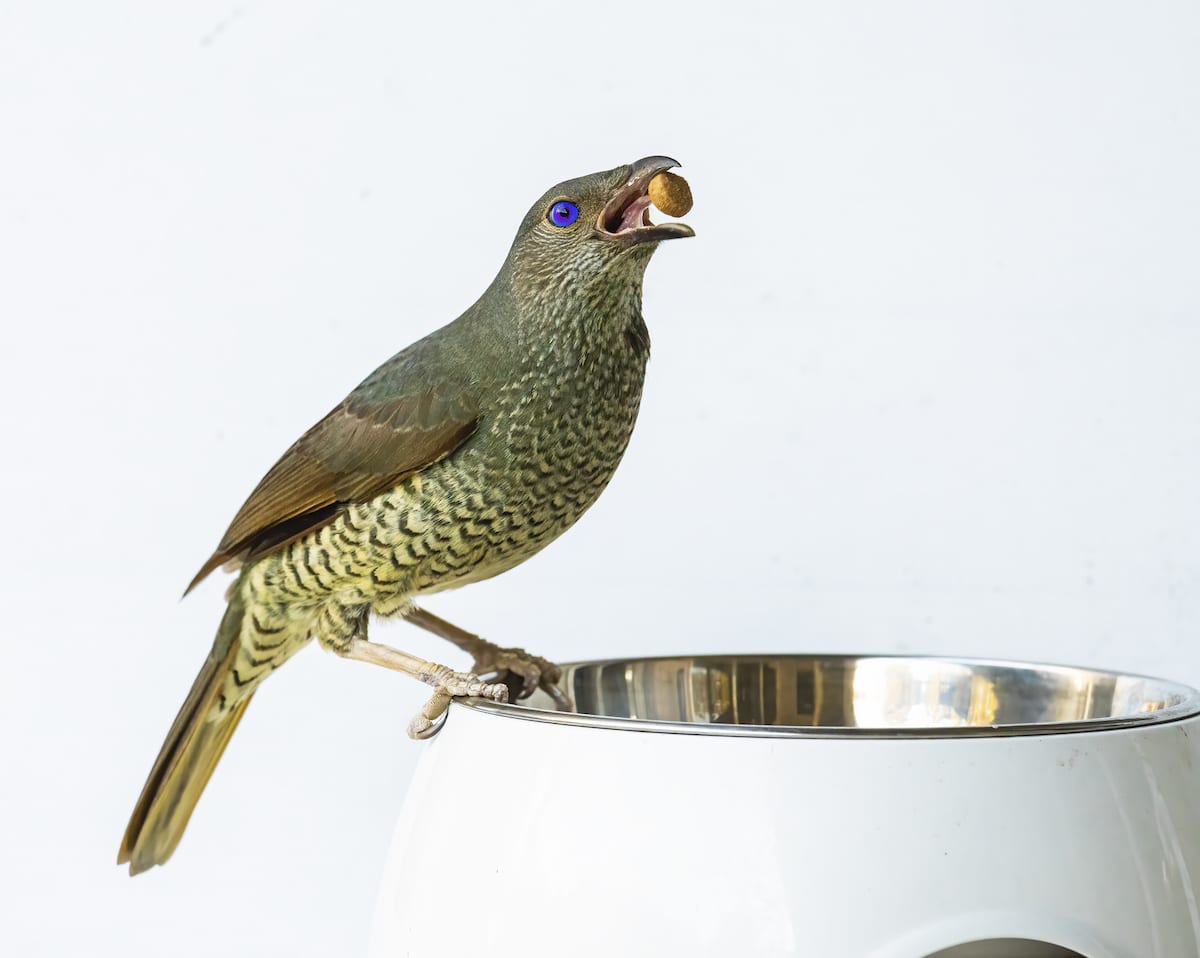 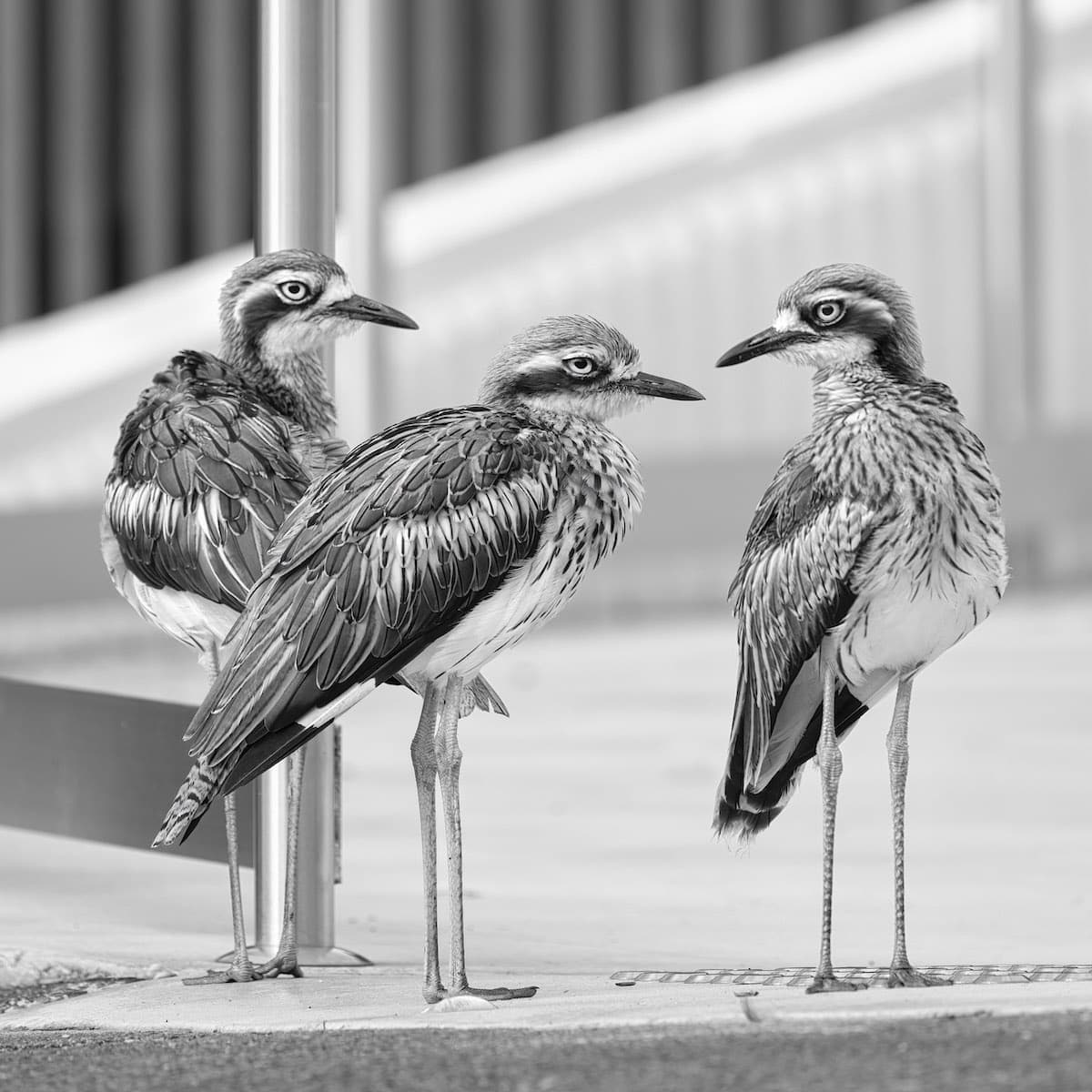 “Carpark Curlews” by Jan McMenamin. Peter Slater Memorial Prize.
Bird: Bush-stone Curlews
“This group of Bush-Stone Curlews awaited me early one morning as I pulled into the car park next to the botanic gardens. They looked out of place but, at the same time, confident in this environment and accepting of my presence. I was struck by their shy but slightly wicked gaze. Their feather patterning and the lines and textures of their man-made surroundings led me to render this image in black and white.” 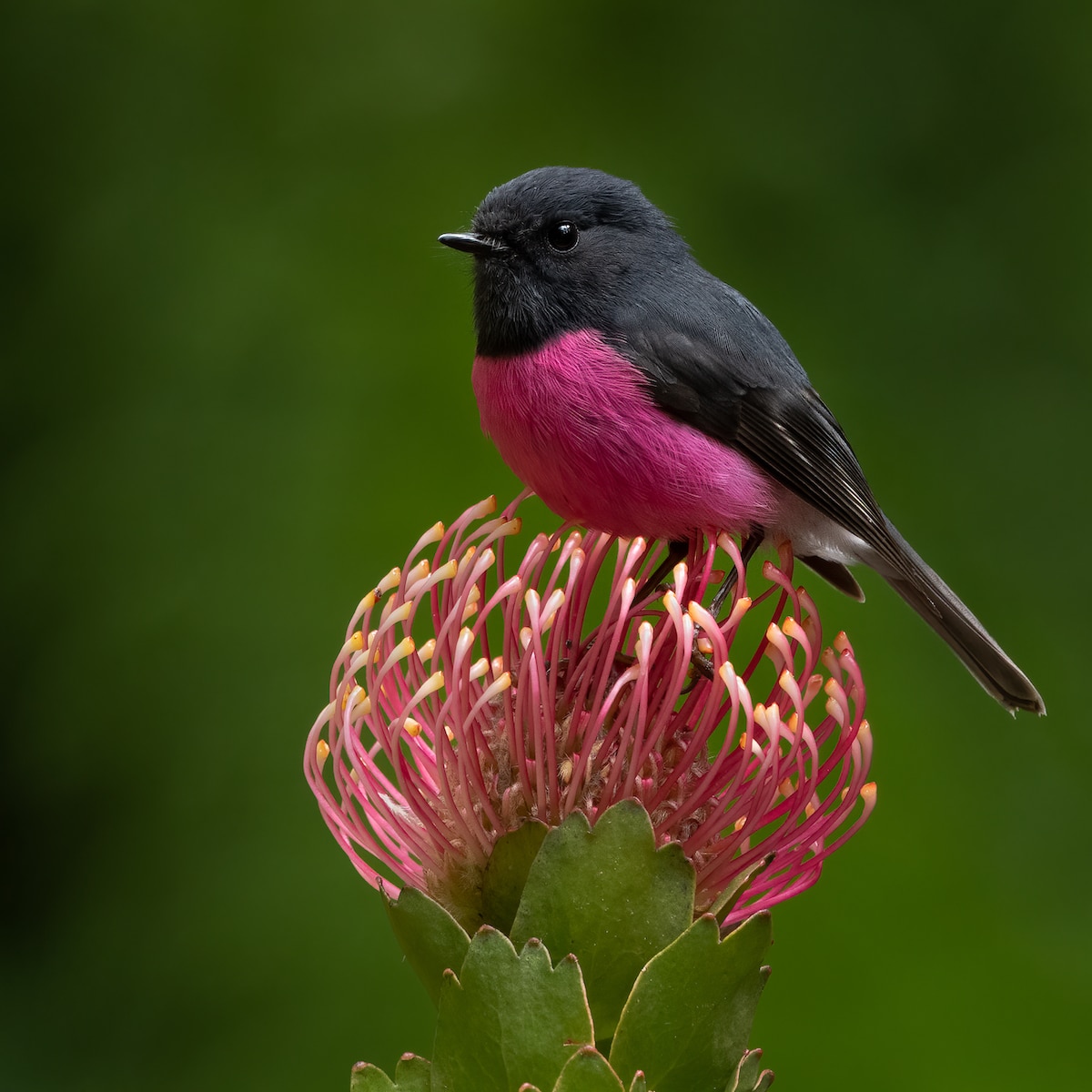 Soaring Winners of the 2022 Bird Photographer of the Year Competition

Research says one of the best things for your mental health is … birds!