OMG Ukraine, thank you for saving kitty: Incredible mission to save lone cat that survived one of Putin’s bombings for a month on the 7th floor of a shelled block of flats is rescued after social media campaign

By Adam Solomons For Mailonline

A tiny cat was carried to safety after she survived alone for over a month on the seventh floor of a wrecked Kyiv apartment building.

The fearsome feline was finally rescued after a team of animal retrievers found out about her plight and attended the scene in Borodyanka, a war-ravaged suburb of the capital.

Social media was aflame with desperate pleas to get her to safety from her precarious situation in the wrecked building high above ground.

When local hero Eugene Kibets enlisted friends to help bring her home, they swiftly summoned a fire engine with a crane tall enough to get her down.

A brave emergency services worker climbed to the lofty height and retrieved her. 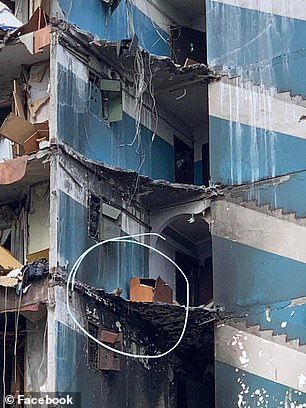 A fire engine with a crane was summoned (left) to bring the tiny kitty (right) down from the seventh floor, where she had been stranded for more than a month without food 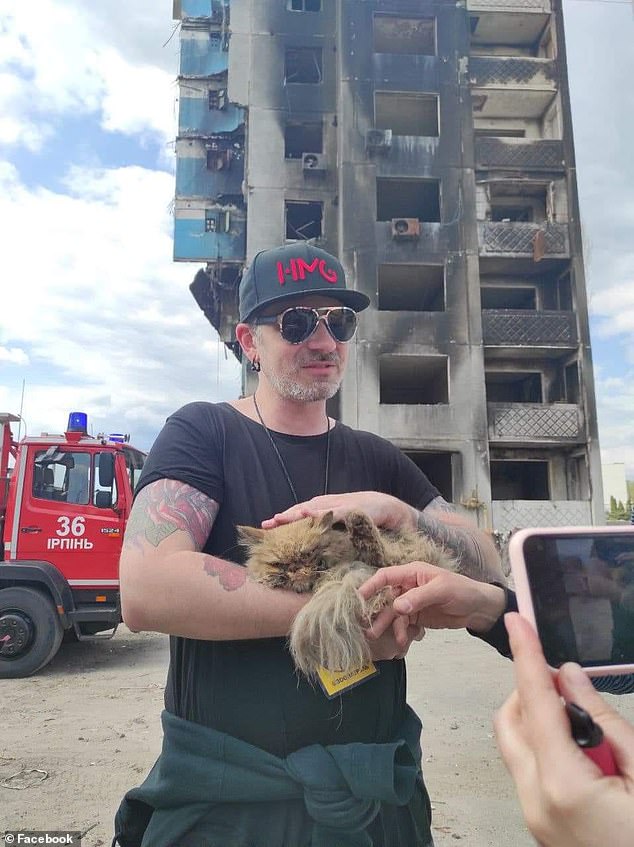 Animal rescuer Eugene Kibets, who has more than 3,000 Facebook followers, enlisted friends and the emergency services to help retrieve the fearsomely brave feline

She is now being treated at a local animal clinic, where she was started taking food again.

Mr Kibets knew the scale of the challenge, writing: ‘The cat is on the 7th floor of a non-existent house.’

Well-wishers in the comments begged him to bring the cat to safety. 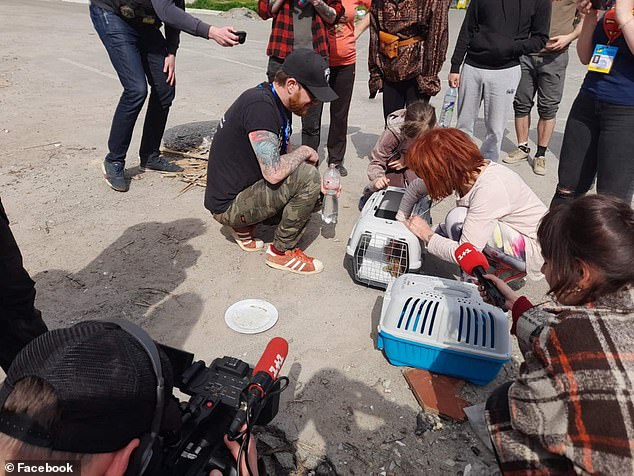 One of Eugene’s friends kneels down next to the cat as he offers her water, with well-wishers looking on

And when he and his team finally did it, he posed with the cat in his arms and simply wrote: ‘I’m so happy!!!!!!!’

Cat fan Lorenzo the Cat wrote on Twitter: ‘Holy S*** he did it! Eugene Kibets got the cat from the 7th floor of a bombed building.

‘I know this is crazy, but amid the horror of war we have to celebrate the good in humanity.’

And tweeter Kaarina added: ‘Oh dear, the cat looks absolutely exhausted, but a fierce look in his eyes. So happy for this rescue.’ 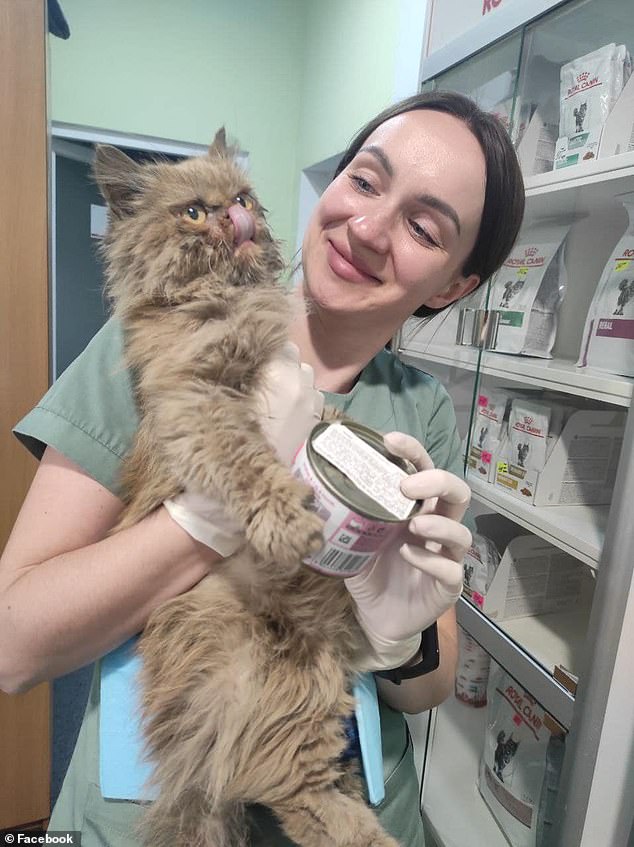 The healthy-looking feline is now being treated at a local clinic, where she is eating again

Devonia added: ‘AWESOME EUGENE! Every minute of every day the people in Ukraine show the world their devotion, their strength & their love for one another & their animals.

‘Something that Putin can never destroy. The hearts & souls of Ukrainians.’

And presidential adviser Anton Gerashchenko wrote: ‘Local rescue services saw a repost about this cat. They saved the [cat emoji] and here it is in the hands of Eugene Kibets who originally posted about him on FB.

Twitter user Amaia added: ‘that makes me unbelievably happy ! I hope he can be reunited with his family if he still have one or be adopted’.