In a heart-warming act of kindness, scores of animal lovers came to the immediate rescue of a Filipina expatriate who rescues stray animals from the streets of Fujairah. Angelita Villanueva, a former pharmaceutical company employee, was left in dire straits after the bottom floor of her villa flooded after incessant rains in Fujairah.

Villanueva runs an independent rescue initiative and takes care of nearly 60 cats and eight dogs by herself. Things were already dire for the Filipina expatriate as she was made redundant from her company a month ago. However, Villanueva thought things couldn’t get any worse when the rains hit. 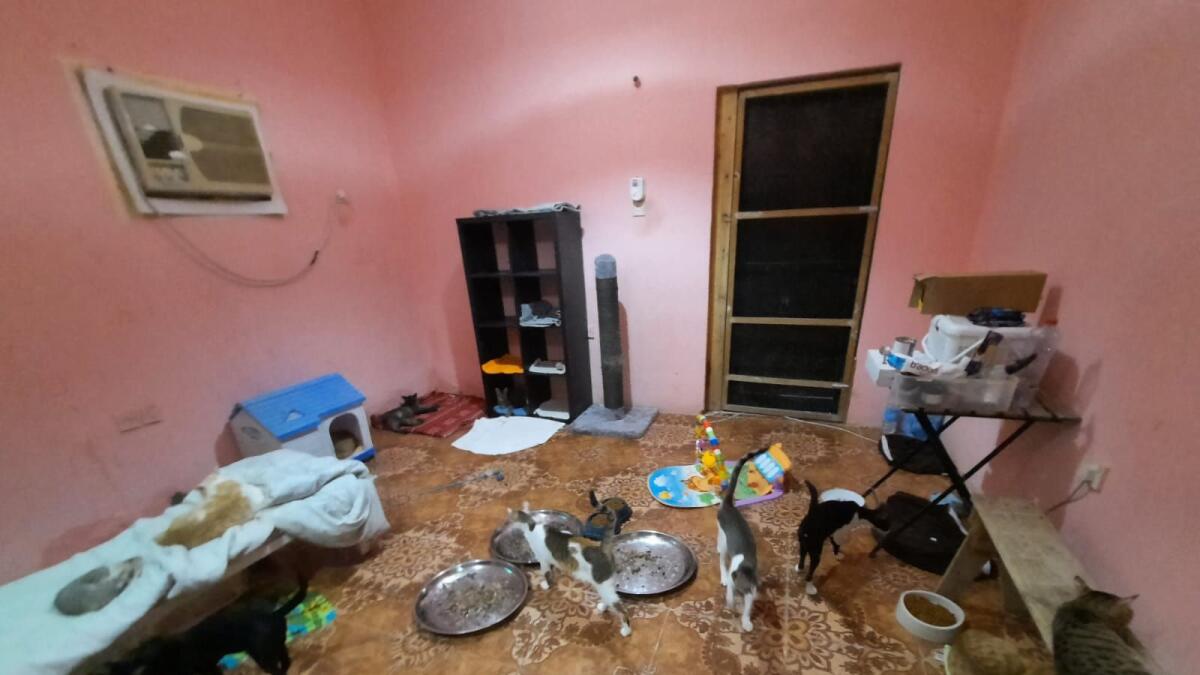 However, thanks to the immediate action of several animal welfare groups in Dubai and Fujairah, Villanueva could rescue her beloved animals from drowning. “The situation was terrible. The cats and dogs were all submerged in water and started to get sick. I was feeling very helpless.”

“All the bottom floor rooms were flooded. The cats and dogs had to be placed on ledges and higher ground,” said Villanueva.

After reaching out to pet lovers, community groups and rescue organisations on social media, scores of individuals rushed to Villanueva’s aid and moved her pets to safety. “People from Bubbles Pet Rescue and residents from the Reem Mira immediately came over with food and other supplies and took my babies to safety,” she said. 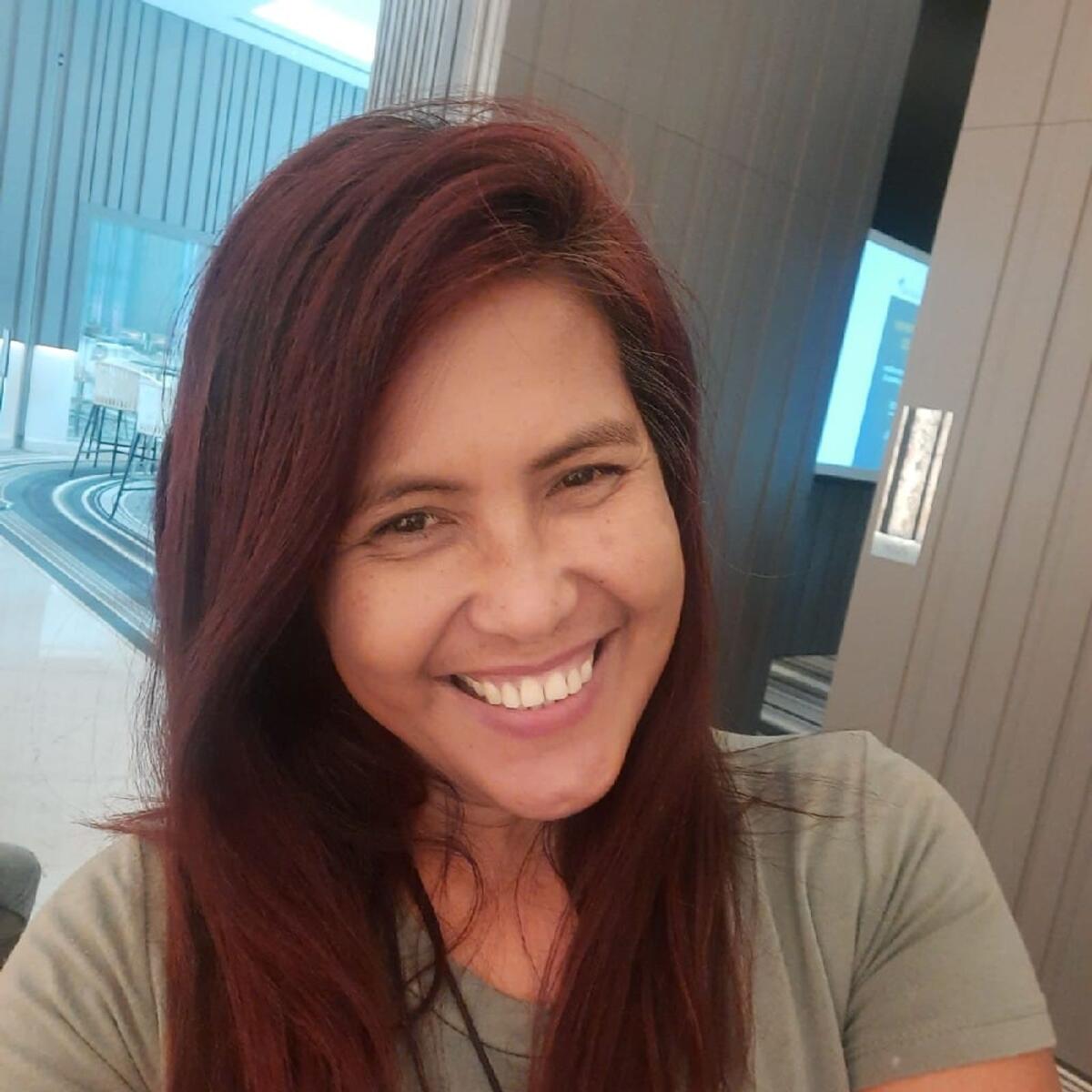 Moreover, the popular pet shelter Animals and Us, run by Michelle Francis, took six of Villanueva’s dogs into foster care. “It was a huge relief,” she said. “Pauline Craig from the Mira community really helped me, and so did the UAE Rescue Team members. I am very grateful for all the support I’ve received from everyone. Without them, my babies would not have survived,” she added.

Villanueva said the teams arrived with food and blankets for the animals. She is currently in the process of cleaning her rooms so her pets can be comfortable. “I have cleaned the rooms for the cats. Need to clear my bedroom now,” she laughed. 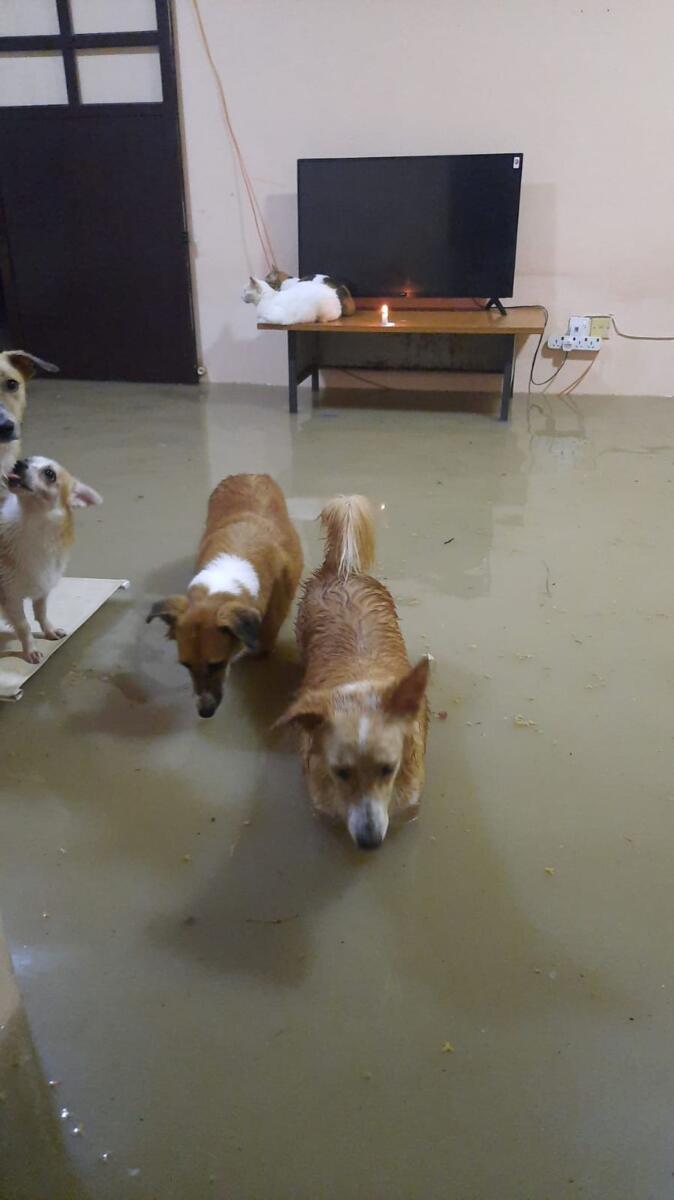 Villanueva began rescuing street animals several years ago. “At one point, I had 80 cats. I currently have 40 cats in my house and two dogs at home. Some of them have been moved to the shelter. I didn’t expect the rains and flooding to get this bad. It was awful for the cats as they love to stay outside. Sometimes, cats and dogs together in one house are a big problem. They don’t always get along,” she explained.

The UAE witnessed two days of adverse weather conditions, including record-breaking rainfall. In the Northern and Eastern emirates of the country, incessant rains wreaked havoc on infrastructure, causing seven deaths and leaving scores of residents stranded.